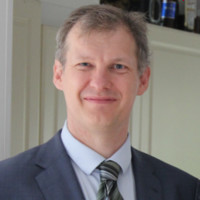 William joined ECHA on 1 February 2008 and works as a senior legal adviser. His main responsibilities include advising the different operational units of ECHA on a variety of REACH issues (mainly authorisation and evaluation) and litigation (mainly defending the Agency’s decisions before the European Court of Justice and ECHA’s Board of Appeal). William is a qualified English solicitor.

Before joining ECHA he worked as a senior associate at the Brussels offices of the law firms Lovells and Siméon Associés where he advised on EU regulatory issues and antitrust matters (1999-2008); he also worked in Brussels for the Korean embassy as a legal adviser where he mainly advised on EU law and WTO issues (1997- 1999); degrees: LLM EU law (college of Europe, Bruges) and BA law with French (University of Sussex)