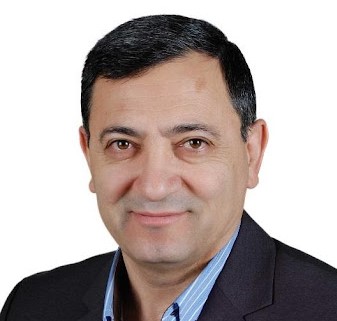 Abdallah Abou-Haidar has been involved in the chemicals industry for 34 years.  He started his career as a Plant Engineer for Dayco Products in Alliance, Nebraska, Hydraulic Hose Division.  Joined DuPont in Orange, Texas in the Copolymer Specialties and the Extrusion Technologies Group. He joined Dow Chemicals in Dubai as a Technical and Sales Representative responsible for MEAF. He was hired by ExxnonMobil as a Plant Manager for SALACO (Subsidiary for EM) in Yanbu. In 2002 he joined the Polymers Technical Marketing at SABIC, then transferred to Product Stewardship Department in 2014.

Abdallah obtained his MSME from South Dakota School of Mines and Technology in Rapid City, South Dakota, and his MBA from Southwest University in Louisiana. He is a licensed Professional Engineer in the State of Texas, Registered with the Lebanese Order of Engineers, and a member of the Saudi Council of Engineers.

Held several posts at the American Society of Mechanical Engineers, including the Chairman of the Board of SABINE Section for two consecutive years. Currently Abdallah is the Chairman of GPCA’S Product Stewardship Sub-Committee since 2017. He is actively involved with CEFIC and other UN agencies to implement GHS in Africa.