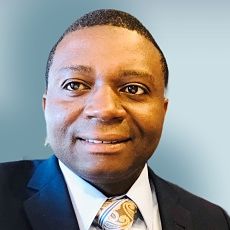 Michel is the Acting Manager for the Disinfectants Division at Health Canada. He has been with Health Canada since 2009 and has held various positions of responsibility including Acting Manager of the Non-prescription Drugs Evaluation Division. As a trained Virologist, he has played a leading role in the review and approval of disinfectants as part of Health Canada’s COVID-19 response. Prior to joining Health Canada, he worked at the Institute of Tropical Medicine in Belgium and the Quebec HIV Genotyping program. Michel has an Undergraduate and Master’s degree in Microbiology from the University of Buea, a Master’s degree in Medical and Pharmaceutical Research from the University of Brussels, Belgium, and a PhD in Experimental Medicine (Virology) from McGill University, Montreal, Canada