Here are eight nuggets imparted to delegates by our panel of expert speakers:

Jakob Zeuthen, head of environment policy at the Danish Chamber of Commerce, said the use of Danish Consumer Council’s phone app to help consumers know if products contain SVHCs has plummeted because shoppers were unimpressed at how long it took answers to information requests to come back - if they came back at all. In response, the leader of the AskREACH project to develop a similar EU-wide app, Arno Biwer of the Luxembourg Institute of Science and Technology, said his team would learn from the Danish app’s experiences. Cefic’s head of REACH, Erwin Annys, said that “in a perfectly working system you’d get the answer in 45 seconds, not 45 days. That’s where we have to go”.

Ann-Sofie Anderson, executive director of Chemsec, said the REACH Candidate List should also be open to substances that have not been registered, as this would help avoid potential cases of regrettable substitution. She also said that the dossiers proposing substances for the Candidate List don’t have to be large and costly to produce – as shown when the European Commission in 2012 proposed a large number of CMRs for inclusion.

Former Echa Management Board member, law professor Martin Fuehr, argued that public authorities, as well as the general public, have the right to ask article suppliers if their products contain SVHCs. This, he said, is because where the REACH Regulation says  “on request by a consumer” any article supplier must provide such information, the term ‘consumer’ can legally be interpreted to include such authorities.

Several speakers said that full materials disclosure – providing information on all substances, not just SVHCs or restricted substances, in a material – is the only way we will get all the information we need to safely manage harmful chemicals in products. Hyundai environmental affairs manager Timo Unger warned that “by the mid-term” companies should expect there to be a legal obligation on them to do this. Mr Unger called for all of industry to develop such a system “before regulators devise their own method”.

5) Customer pressure is the biggest driver for SVHC tracking

Hoffmann-La Roche chemical legislation head Jan Backmann told the room that the greatest pressure on the company to track and report on SVHCs in its products comes not from authorities but from its customers. His tip for any regulatory compliance manager longing for a decent tracking tool was that in order to secure senior management backing for such an investment, the tool will need to address many issues, not just SVHCs – so that colleagues in R&D, sales and other departments will also benefit.

While the push in Europe towards a circular economy offers her sector opportunities as well as challenges, the presence of harmful chemicals – and the lack of knowledge on whether such chemicals are present or not – is an obstacle to reuse, recycling, remanufacturing and waste disposal, said Roberta Dessi, secretary general of the European Furniture Industries Federation. As well as listing those chemicals which should be avoided, she said we should clearly say chemicals which can be used in products.

The different rules on reporting information to national registers on nanomaterials are confusing for companies and do little to help consumers or government officials understand how safe a nanomaterial or a product containing a nanomaterial is, said Pierfrancesco Fois, deputy executive director of European dyes and pigments trade body ETAD. A pan-European approach, using the national inventories as a first step, would, he added, be “more than welcome”. 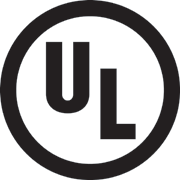